The 7 Biggest Movie Marketing Moments of 2018

It’s always funny seeing an obvious marketing ploy in movies. I remember watching a Fast and Furious movie and them heavily displaying the Beats by Dre headphones, which makes people want Beats. Although it’s funny, it can also work wonders for companies looking to garner attention. With so many different ways to advertise and market products, mainly the big companies use movies to market. If you want to check out the recent marketing ploys in movies this years, check out the article below.

If you need help with marketing, contact Netsville today and we can help you immediately!

The 7 Biggest Movie Marketing Moments of 2018

With so many media options available to modern audiences across all kind of platforms and devices, Hollywood marketers face greater pressure to get people’s attention. They have to reach those audiences in a way that makes a distinct and lasting impression and, more importantly, drives them to see their movies in theaters on opening weekend.

While that’s always been the goal, losing out on those critical few days means missing the one shot at dominating the cultural conversation. It also means that people are not paying attention to the film and are likely engaged with the other pieces of entertainment put in front of them.

To make a significant impact, some of this year’s biggest and most notable releases worked hard to generate buzz. Here are seven movie marketing executions that stood out among a sea of choice.

The campaign for the latest installment in the dino franchise didn’t offer much in the way of hints as to the actual story. Instead, it was focused on the epic spectacle.

To help sell that, Universal Pictures partnered with Amazon on a promotional campaign that included videos of an Amazon worker dealing with a very large and dangerous package. That package featured a “SmileCode” that took those who scanned it to a landing page of Jurassic Park movies and other products. It culminated when Jeep joined in and transported that package to a Los Angeles event featuring the movie’s stars. 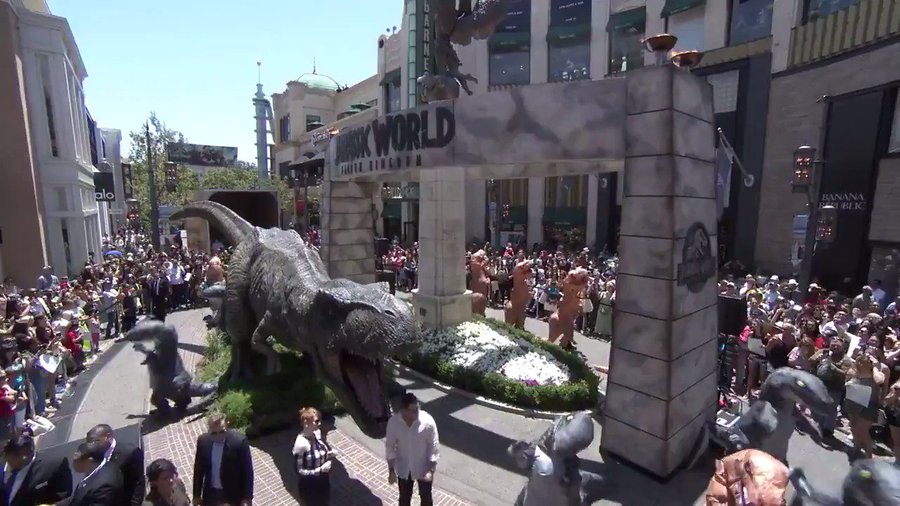 .@prattprattpratt and @BryceDHoward were on hand as @JurassicWorld @Jeep‘s unveiled @Amazon’s largest delivery ever, the Tyrannosaurus Rex!

It wasn’t so much a single stunt Paramount used to help sell the latest outing by Ethan Hunt and his Impossible Mission Force but rather a range of derring-do. More accurately, the focus throughout the campaign was on the stunts performed during production by the film’s star, Tom Cruise.

From the earliest moments of the marketing right up to the moment the movie was in theaters, the studio released a series of featurettes and clips showing how Cruise executed a HALO jump, the intense bathroom fist fight and the other stunt work. Throughout all that the theme was always on how Cruise did his own stunts and was up for anything the story required of him. That was even the subject of an Uber cross-promotional commercial showing how bored his stunt double was.

In a year where diversity and inclusion were regular topics of conversation when discussing movies, this was one of the highest profile releases showing there were massive audiences for stories featuring mostly, if not solely, non-white actors and characters.

Based in Rochester, New York, Netsville is an Internet Property Management company specializing in managing the Digital Marketing, Technical, and Business Solutions for our customers since 1994. For more information, please click here.